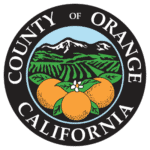 For more information about the locations of the Orange County traffic courthouses, their contact information, and hours operations, please see below.

Here is the official website for the Newport Beach, Orange County traffic court:

The South Orange traffic court is located on The City Drive and is the location for all traffic ticket violations in the South Orange area and surrounding vicinity.

Here is the official website for the South Orange, Orange County traffic court:

The Fullerton traffic court is located on North Berkely Avenue and is the location for all traffic ticket violations in the Fullerton area and surrounding vicinity.

Here is the official website for the Fullerton, Orange County traffic court:

The Westminster traffic court is located on 13th Street and is the location for all traffic ticket violations in the Westminster area and surrounding vicinity.

Here is the official website for the Westminster, Orange County traffic court:

How to Beat an Orange County Traffic Court Ticket