Get Your California Traffic Ticket Dismissed

Get Started Now and Save $10

Get Started Now and Save $10

Taking advantage of the GetDismissed system is easy! All you need to do is take a picture of your traffic ticket and driver’s license. You can even use your phone or scanner. Then, tell us a little more about your circumstances in 5 minutes by answering a few specific questions.

Our system knows exactly how to build a solid defense based on your answers. When your defense is ready, we will notify you to print, sign, and send your documents to the court to fight your traffic ticket. That’s all. We make it simple. 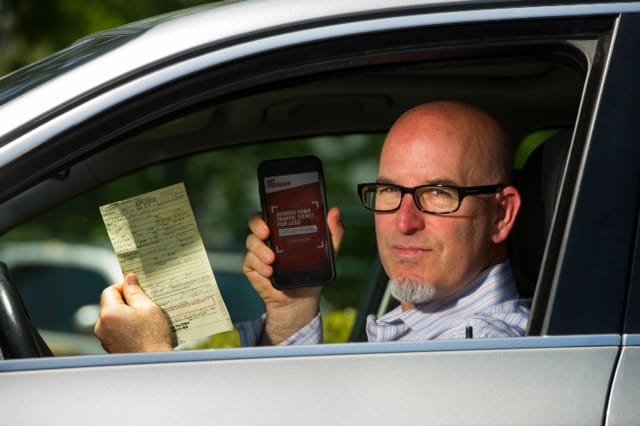 We Make it Easy to Fight Traffic Tickets

Using these 3 simple steps, you can start getting your ticket dismissed now!

*If you don’t have your ticket handy, it’s okay — you can still start the process and just add it later!

*Be sure to quickly add as many notes about the stop as you can so you don’t leave out any important details!

*We will send you a completed packet for the court that just needs your signature and a stamp!

There are probably thousands of rules, laws and other things for which any driver can be issued a traffic ticket. In fact, there are over 5,000,000 tickets written in the State of California every year. And every year that number goes up. So, the question isn’t will you get a ticket, it’s when will you get your next ticket!

If you’re next ticket isn’t for speeding, or a red light infraction, it could be for improper lane changes or the lines on the highway or…who knows what. Well, we know what. And what we know is that the ticket you’ve just received may not be your fault! And we’re going to help you figure out what to do about it.

For example, was your ticket for crossing double yellow lines? Were you making a U-turn or left turn? Because that’s an important piece of information that could get your ticket dismissed.

Questions? Call for a Free Consultation

Say it was ticket for leaving the right lane while towing. Were you passing or getting on or off a freeway? That matters too because legally you don’t have to drive in the far right lane in all circumstances.

Don’t be too hard on yourself. Many seemingly valid violations are over turned for one reason or another. You just need to know which reasons “matter” so you can get your citation dismissed.

That’s where we come in. We’re GETDISMISSED and we’re going to help you fight this ticket and win!

DISMISS MY TICKET
Use getdismissed.com on the web or download the mobile app for our support in the palm of your hands.

DISMISS MY TICKET
Scroll to top