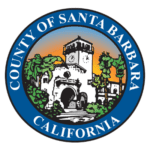 For more information about the locations of the Santa Barbara traffic courthouses, their contact information, and hours operations, please see below.

The Santa Barbara traffic court is located on East Figueroa Street and is the location for all traffic ticket violations in the Santa Barbara area and surrounding vicinity.

Here is the official website for the Santa Barbara traffic court:

The Santa Maria traffic court is located on East Cook Street and is the location for all traffic ticket violations in the Santa Maria area and surrounding vicinity.

Here is the official website for the Santa Maria, Santa Barbara traffic court:

The Lompoc traffic court is located on Civic Center Plaza and is the location for all traffic ticket violations in the Lompoc area and surrounding vicinity.

Here is the official website for the Lompoc, Santa Barbara traffic court:

The Solvang traffic court is located on Mission Drive and is the location for all traffic ticket violations in the Solvang area and surrounding vicinity.

Here is the official website for the Solvang, Santa Barbara traffic court:

How to Beat a Santa Barbara Traffic Court Ticket