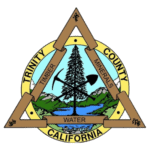 If you found yourself getting a traffic ticket in Trinity County, CA, there are 2 designated courthouses for handling Trinity traffic court tickets. This includes Weaverville traffic court and Hayfork traffic court.

For more information about the location of the Trinity traffic courthouse, their contact information, and hours operations, please see below.

The Weaverville traffic court is located on Court Street and is the location for all traffic ticket violations in the Weaverville area and surrounding vicinity.

Here is the official website for the Weaverville, Trinity traffic court:

The Hayfork traffic court is located on State Hwy 3 and is the location for all traffic ticket violations in the Hayfork area and surrounding vicinity.

Here is the official website for the Hayfork, Trinity traffic court:

How to Beat a Trinity Traffic Court Ticket